This guide assumes that you have set up your Web App fuzzing project, connected a webservice and created a fuzz test. Also you need a CI Fuzz server with a web interface, either in the form of SaaS subscription or installed on premises and you need to clone your fuzzing project in the web interface.

Decide Where You Will Run the SUT

If not already done, you now have to decide where the deployment of your web application under test should run.
There are basically 3 options:

As an example, we will run WebGoat in a docker container on the CI-Fuzz server. This gives the best performance, as the HTTP requests that contain fuzzing input will not be sent over a real network.

If you choose to run your application on another server, you need to make sure that:

We don’t really want to create a new web service, we only want to know the project name. 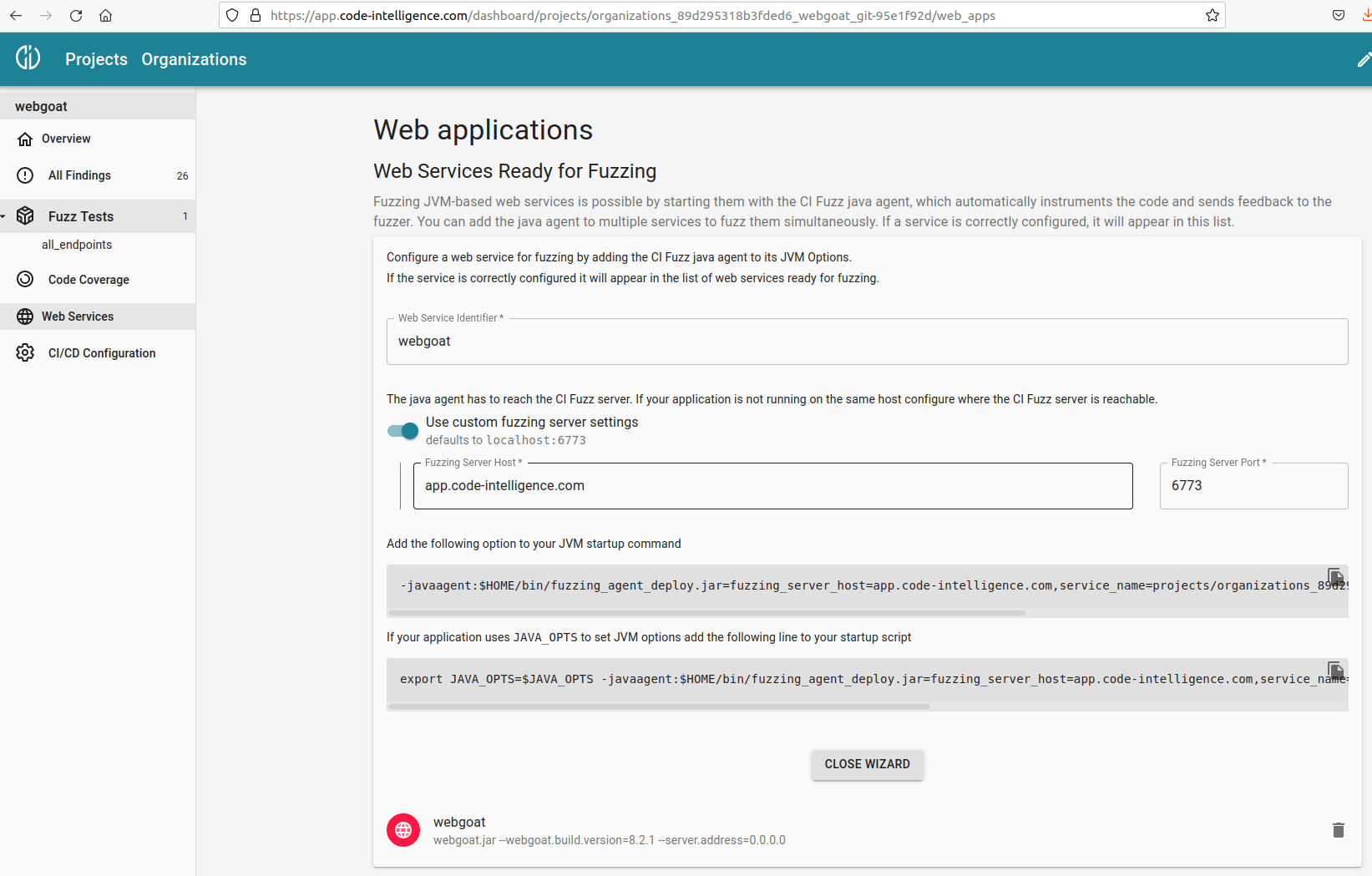 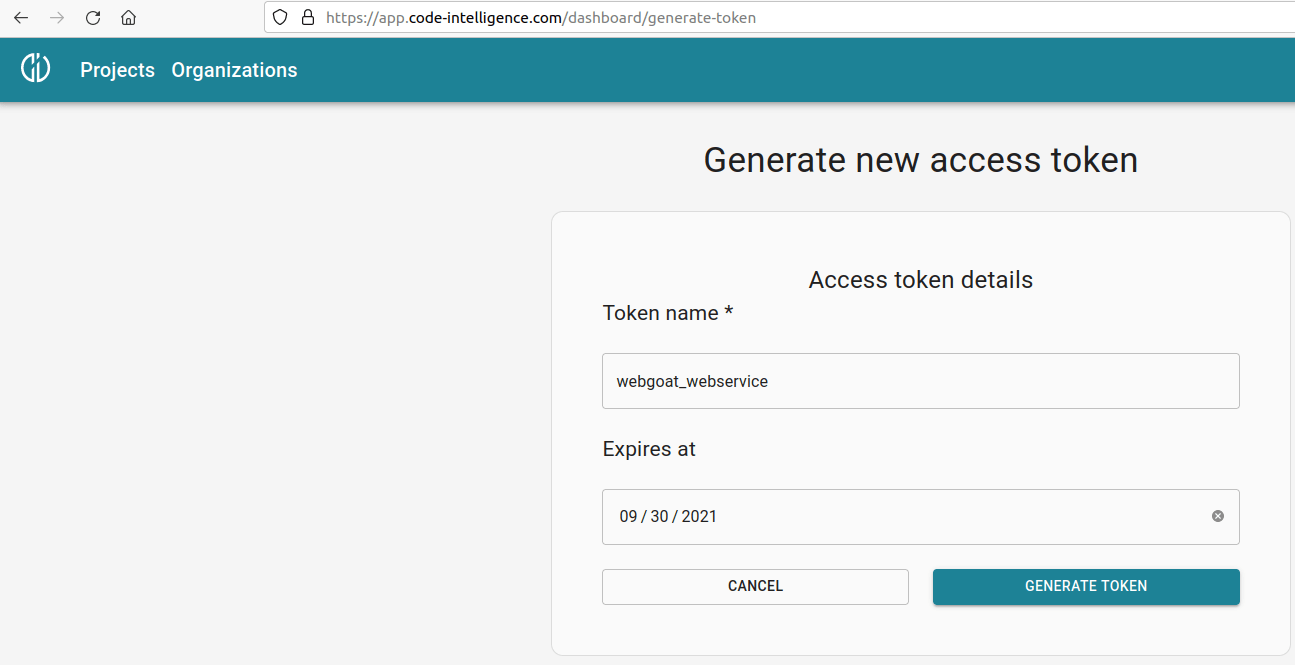 Copy the Dockerfile and start script to the CI Fuzz server.

Running the Software Under Test

If needed, change the base_url in .code-intelligence/fuzz_targets/<fuzz_test_name>.yml to point to the deployment of your SUT you want to use for fuzzing. In our WebGoat example, we don't need to adjust it if we were exposing Webgoat on localhost,, as we can do the same thing on the server.

Run your application. WebGoat can be started the same way as we did locally:

If your DNS server maps the CI Fuzz's hostname to a reverse proxy or load balancer or such, then the communication from the Java Agent would have to go through that, which could lower performance or lead to problems with closed fuzzer ports. Use the --add-host docker option to make the Java Agent use the docker network interface instead:

Replace app.code-intelligence.com with your hostname, and adjust your docker host IP if it is different.

In the CI Fuzz Web Interface, click on your fuzz test, then run: